Published by Michael Greaves on November 2, 2015

69 riders signed on tonight for round 6 of the Monday Night series held in glorious conditions on the Taieri tonight.

The circuit was extended due to the heat and heavy vehicle traffic lifting the seal on Gordon Road, making it unsafe for bunch riding. So it was back to the long block this week, which makes for a different tactical race…

In A grade the bunch of 10 this week stayed together for the first 2 of the 5 laps, 45km in total, until strong riding from Brendan Hastie and Kees Duyvestyn saw the group splinter. The race finished in these smaller groups with Duyvestyn edging Hastie for the win and Ewan Syme pipping Paul Gough for third.

In B Grade the group of 20, like A held it together for the first laps of 4, but a strong TT surge from Matt Dunstan and Rob Creasy set these two ahead of the field. This format of racing was made for different styles of riding and the break away seen tonight was one for the books. Dunstan and Creasy stayed away and Dunstan powered in for the win. The Bunch kick was awesome with the full width of the road in action. Curtis McCorqunidale, no stranger to the front, managed to hod of a gaggle of riders for 3rd.

In C grade we had some of the best racing, only to be dulled by a racing crash in the final sprint. A touch of wheels at top speed sent a rider sideways taking dow two others. This was a terrible end to a great race and our thoughts are out to those involved. This grade’s race involved attacks, bridges and some strong riding from the again large group. The final sprint was taken out by Graeme Hancock, followed by Muir Gold and Matt Bovin.

The Development Grade is doing its job introducing new riders to racing and each week the confidence and competitiveness is increasing. This week saw a good hard finish for bragging rights go to James Musk. His power was too much for an ever improving Chris Ford. Brendan Ward rounded out the podium.

In the Juniors Thirza Smith was this week challenged by Jack Rivers and I can see a rivalry growing there. The Group set off for two long laps, and the wind seemed to do its business breaking the group on the second lap. Jack took a long sprint from Thirza and Lily Smart held of a fast finishing Jody Syme for 3rd

Thanks to all that assisted in providing care to those who crashed, especially Jill Smith.

Looking forward to seeing you all again next week.

Next week marshals are Justin Stott, James McKellar and Kees Duyvestyn, and with the numbers increasing we are going to have to rejig the helpers for these evenings so watch this space. 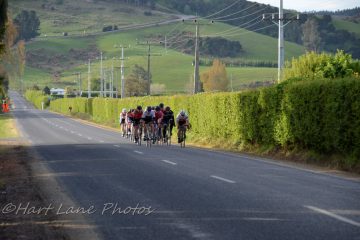 Come along for a 3 course meal and a social get together at Cycling Otago’s end of season dinner. Current & past members, friends, family, and supporters are all invited to attend. Date: Saturday, May Read more… 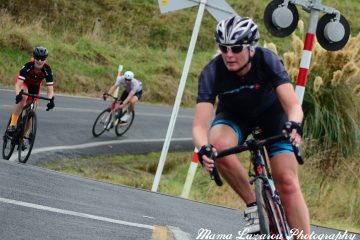 Omitted last year due to COVID lockdowns, an excellent course and race makes a triumphant return. Get over the Karitane bergs and then see what you’ve got on the famous Mt Cargill col! CoursePalmerston – Read more… 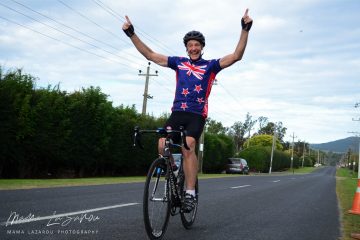